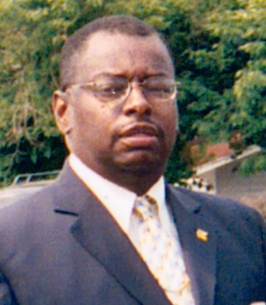 Anthony Nathaniel Heath passed peacefully to spend eternity with God on Monday, February 28, 2022. Known to many as “Ant,” he was the third son of the late Joseph Heath, Jr. and Dorothy Heath Snead. Ant graduated from Mary N. Smith High School in 1968 and attended Virginia State College.

Growing up in the community of Boston, Ant played first base for the community baseball team, the Boston Ants. He joined Shiloh Baptist Church at an early age and served on the Youth Choir. As an adult, he served on the Male Chorus and was active in the monthly Men’s Fellowship Breakfast.

Ant was an avid Washington Redskins fan. He also loved working in his yard and detailing his vehicles. He retired from Perdue Farms in 2015 as a quality control inspector after more than 30 years of employment.

Ant leaves to cherish his memory, two children, Allen Copes (Simone) of Norfolk, VA and Nakechia Brockington of Philadelphia, PA; four grandchildren, Samuel, Kendall, Jordan, and Jonathan; two brothers, Linwood Heath (Patricia) of Richmond, VA and Vernon Heath (Doris) of Charles City, VA; one sister; Frederika Jones of Hampton, VA; one aunt, Violet Major of Boston, VA; special friends, Amosteen Warren and Jerry Harmon; many nieces, nephews, cousins, and friends. We will miss our beloved father, grandfather, brother, nephew, uncle and friend. But we know he is no longer suffering and that he is healed and at peace.