To share your memory on the wall of Audrey Teague-Coston, sign in using one of the following options:

Audrey, affectionately known as “IJ,” was educated in the public schools of Accomack County and was a 1966 graduate of Mary N. Smith High School. In December 1990, she received an Associate of Applied Science from the Commonwealth College in Virginia Beach. She entered the workforce at Perdue Farms and worked there for many years before relocating to Virginia Beach in the 1980s. While in Virginia Beach, she worked for Berg Legal Clinic as an office manager until her health began to fail. In July 2015, she returned to the Shore after being diagnosed with ALS (Lou Gehrig’s Disease), which hindered her ability to speak and move her limbs. In spite of her illness, she always remained a happy and jolly person with an infectious smile until the very end.

In her leisure, “IJ” enjoyed playing games on her iPad, solving crossword puzzles, and watching her favorite TV shows: NCIS, Criminal Minds, CSI, Law & Order, football, Ellen DeGeneres and the CBS News. She was always delighted to dine and hang out with family and friends. Other pastimes included: reading the Bible, Quotes of the Day, and listening to gospel music. “IJ” loved to feast on her favorite foods, lemon meringue pie, candied yams, and tuna fish. She also loved coffee, but she would go through a 32 oz. container of French Vanilla creamer in a week.

In addition to her parents, she was preceded in death by two brothers, Ronnie and Francis; and
four sisters, Fannie, Renell, Josephine, and Shirley.

To send flowers to the family or plant a tree in memory of Audrey Elizabeth "IJ" Teague-Coston, please visit our Heartfelt Sympathies Store.

We encourage you to share your most beloved memories of Audrey here, so that the family and other loved ones can always see it. You can upload cherished photographs, or share your favorite stories, and can even comment on those shared by others.

Posted Dec 06, 2020 at 11:30am
Our deepest condolences for the loss of beloved IJ. Heaven has a new angel and neither time nor distance can fade a beautiful spirit. She will never be forgotten. Our thoughts and prayers are with you and the family. We are here for you always. With love - Billy, Kim, Brittney and Ivan
Comment Share
Share via:
HS

Flowers were purchased for the family of Audrey Teague-Coston. Send Flowers 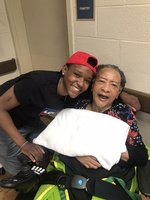 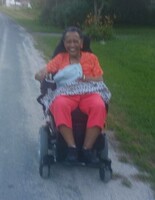