To share your memory on the wall of Carletta Greenlee, sign in using one of the following options:

Carletta was a native of Washington, DC and a graduate of Bladensburg High School in Bladensburg, Maryland. In 1995, she relocated to the Eastern Shore of Virginia. She was a dedicated employee at the Hermitage on the Eastern Shore in their Food Service department for eleven years. Carletta was very loving. Every niece, nephew, each friend of her children became her children. She was affectionately referred to as “Ma” by many. Her home was your home. She loved being around her family whether it was a family reunion, cookout, baby shower, etc.; she just loved being around people.

Carletta enjoyed eating crabs, no matter the season; if she could find them she would eat them. She also loved to ride, she did not care where you were going, she was ready to go. Her greatest pleasure was the time she spent with her grandchildren. She loved them more than anything and they loved her just as deeply.

To send flowers to the family or plant a tree in memory of Carletta Ellen Greenlee, please visit our Heartfelt Sympathies Store.

We encourage you to share your most beloved memories of Carletta here, so that the family and other loved ones can always see it. You can upload cherished photographs, or share your favorite stories, and can even comment on those shared by others.

Staff of Building, Planning and Economic Developme, Kimberly jordan, and other have sent flowers to the family of Carletta Ellen Greenlee.
Show you care by sending flowers

Posted Mar 22, 2021 at 06:13am
On behalf of the Greenlee's family in the Washington DC area, we send our Condolences to Carletta' family. May God continue to comfort the family at this time.
Comment Share
Share via:
DA

Posted Mar 20, 2021 at 04:08pm
Although I did not know Carletta personally, I do know some of her family members and the pain the have suffered because of her falling asleep in death. They will greatly miss her but are assured by the hope set before us in the Bible that they will see her again... in perfect health, loving and laughing again here on a paradise earth. Psalms 37:29, Revelation 21:3,4 and John 5:28,29
My most sincerest condolences to all her family. Dianne Arenas 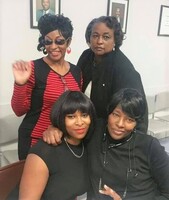 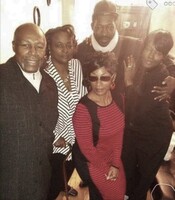