To share your memory on the wall of Claudine Smith, sign in using one of the following options:

Maxine received her education in the Accomack County Public School system. She was a hard-worker, dedicating thirty-five years of service to Perdue Farms. Maxine was best known as the “Cake Lady,” and could often be found in the kitchen cooking and baking cakes. Her absence will leave a void no one can fill.

One of her greatest pleasures was spending time with her children and grandchildren. Maxine was a woman with a heart of gold, who would do almost anything for anyone if she could. She touched many lives both in her profession and as a pillar in her community.

Maxine was preceded in death by brothers, James Bunting and Ralph Lee Davis.

To send flowers to the family or plant a tree in memory of Claudine Maxine Smith, please visit our Heartfelt Sympathies Store.

We encourage you to share your most beloved memories of Claudine here, so that the family and other loved ones can always see it. You can upload cherished photographs, or share your favorite stories, and can even comment on those shared by others.

Angela Reynolds, Perdue Corporate QA Family, and other have sent flowers to the family of Claudine Maxine Smith.
Show you care by sending flowers

Flowers were purchased for the family of Claudine Smith. Send Flowers

Posted Mar 18, 2021 at 11:43am
With prayers and sympathy for the entire family. May Maxine remain in your hearts forever. Love Angela.

Posted Mar 16, 2021 at 03:57am
When I heard the news about Maxine on Sunday March 14, 2021....all I could say is OMG NO.
My heart is broken.
My condolences to the family.
Maxine .... a sweet soul will be missed. I am going to miss running into Maxine at food lion, asking about family, telling me about baking something every time we would see each other. Thats how Maxine was. And I will always remember our childhood memories... R.I.P. (MAXINE) R.I.P.... Bessie 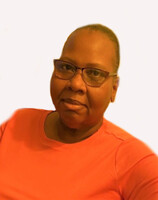