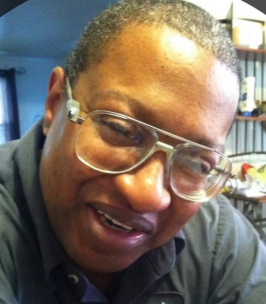 Edward was affectionately known as “Ed” or “Tony” by his family and friends. He was residing in Pocomoke City, Maryland at the time of his death. Edward was raised in New Church, Virginia. He attended Accomack County Public Schools and graduated from Arcadia High School in Oak Hall, Virginia, in 1984.

Edward was a member of New Beginnings United Methodist Church in Wattsville, Virginia. Edward enlisted in the United States Army Reserve and served before receiving an honorable discharge.

Edward was currently employed at Bel-Art in Pocomoke City, Maryland and also worked as a Draw Bridge Operator at the Pocomoke River Bridge. Edward enjoyed watching football in his spare time. His favorite team was the Pittsburgh Steelers. He also loved to cook and started cooking at a young age.

Edward was preceded in death by his mother, Grace Bonneville Wise; a sister, Claudia Wise; and a brother, Antonio Fletcher.