To share your memory on the wall of Florence Stratton, sign in using one of the following options:

Florence was educated in Accomack County Public Schools. She was a hard-working woman who played an essential role in helping to raise her siblings. Florence served as an unofficial midwife helping to assist with the birth of numerous family members and friends. After thirty-three years of service, Florence retired from Perdue and began working as a Missionary full-time. One of Florence’s first Missionary callings was to provide prayer and comfort to the lonely. She accomplished this by calling every number in the telephone book beginning with the letter “A” and asked if they would mind if she prayed for them. She acted as a counselor to those who shared that they were contemplating ending their lives. Others expressed being so grateful for her prayer and asked if she would call them again in the future. Florence served as a prayer warrior, communion steward, usher, choir member, hospitality committee member, Evangelist, altar worker, and the Assistant Pastor at Grace Independent Methodist Church. Her impact and influence all over the county and even the country led her to being elected The Church Mother of Foundation Outreach Ministries. In this position, she begat a plethora of sons, daughters, and grandchildren in the ministry in many states. Florence’s faith never wavered and you could often hear her saying, “Lord, I don’t know; but you know, you know ALL THINGS.”

Florence met Edward Lee Stratton Sr. and the two fell in love. They were married in 1962 and made their home in Wachapreague, Virginia. Six children were born to this union, Edward Jr., Stephen, Tina, Anthony, Felicia, and Marc, and a nephew who rarely went home, Terrance. Although she held many titles, her biggest accomplishment was being a grandmother.

Florence was truly one of a kind! She was known as the community mother, helping to care for and guide children that weren’t biologically hers. Florence selflessly sacrificed to always make things work.

Florence believed children needed a vacation from their parents and parents needed a vacation from their children. That’s when she started a new family tradition, taking her grandchildren and some nieces and nephews on a two week vacation every summer. Now Florence was no novice, so these trips took place immediately after school closed for the summer before the grandchildren got “too wild.” It was important to her that her grandchildren be as well-traveled as she. Florence traveled to Amsterdam, London, Turkey, France, Germany, Italy, Hawaii, Texas, Tennessee, Kentucky, Missouri, California, Florida, and many other states. Florence made everyone she came into contact with feel comfortable and appreciated. She lived a happy and full life and enjoyed praying, cooking, completing puzzles, watching westerns, traveling, and cruising the Caribbean. Florence also had a business selling “Blessed Bread.”

In addition to her parents, she was preceded in death by a son, Edward Jr.; grandson, Travis; great-grandchildren, Jonathan and Myel; brothers, Lawrence and Myron; three sisters-in-law, Mary, Catherine, and Amanda; and two brothers-in-law, Alfred and Donald.

To send flowers to the family or plant a tree in memory of Florence Virginia "Ginia" Stratton (White), please visit our Heartfelt Sympathies Store.

We encourage you to share your most beloved memories of Florence here, so that the family and other loved ones can always see it. You can upload cherished photographs, or share your favorite stories, and can even comment on those shared by others.

Posted Mar 02, 2021 at 03:51pm
I am so so sorry for your loss. My heartfelt condolences to the family. I will treasure the many trips to and from dialysis with Mrs. Florence.
Cory ( Shore Transport Services)
Comment Share
Share via:
PT

Posted Feb 22, 2021 at 10:45am
To the family of Florence Stratton
When I think of Florence, my mind reminds me of the VIRTUOUS WOMEN in Proverbs 31. Florence was truly that kind of sister in Christ. The key to her beautiful character was her spiritual walk with God. How BLESSED are we to have been in her presence.
Family, you are in my prayers.
Sis Pattie Turner
Comment Share
Share via:
RP

Posted Feb 22, 2021 at 08:21am
To Eddie Lee and the Stratton family, please accept our condolences from us. And you are in our prayers.
Comment Share
Share via:
PJ

Posted Feb 21, 2021 at 10:42pm
Sister Florence was a woman of God. Whenever I go to church on Sunday after service. I would go up to where she was sitting and get my hug and a little kiss on my cheek. That was every Sunday after service. It really made my day. Knowing someone treat you little family, you enjoy being around them. May God be with you all through this time of need!!
Sister Patricia
Comment Share
Share via:
B

Posted Feb 21, 2021 at 01:19am
I would like to send my condolences to the Stratton family on today on behalf of Bishop Terrell and family of the FOM. Today message was so true and right to the point. Thank you Pastor for such awesome message to the world. Give glory receive glory. Thank so much for putting our chruch mother away first class. God knows I wanted to be there so bad but he had it already in places. Love always to this family and know that I’m here for you and the days to come. Bishop T 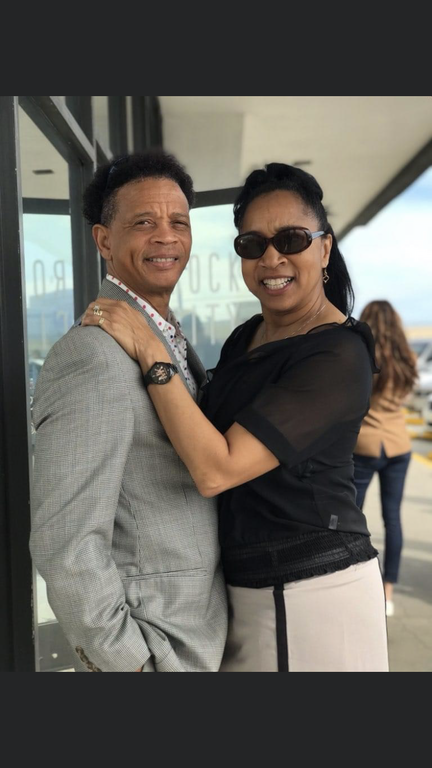 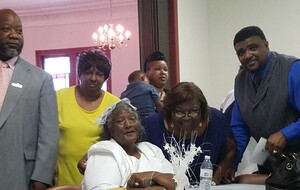 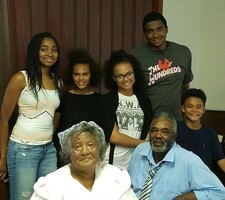