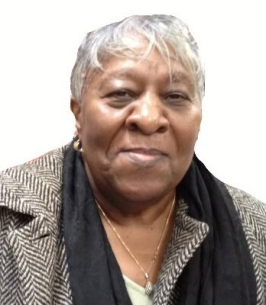 “Be not dismayed whatever be tide, God will take care of you.”

God in His infinite wisdom deemed it appropriate on September 6, 2022 and receive into the Kingdom, His daughter, Gloria Elizabeth Townsend. The daughter of the late Raymond King and Annie Elizabeth Townsend was born on November 21, 1939 along with her twin, Barbara Jeanette.

Gloria was strong in her faith in God. She joined Dea’s Chapel at an early age and was baptized years later under the Rev. John A. Fisher. She supported the church through her mom until her mother passed in 2013.

Gloria loved her family. She was unselfish and gave her all to her mom, dad, her son, and her grandchildren; they were her heart. Gloria also gave tirelessly to her nieces and nephews. Holidays were spent at home in Virginia cooking, decorating the Christmas trees for her mom, and making each holiday a feast for the family gatherings, both for family and invited guest. She also made sure her son and grandchildren received the best she had to offer.

While at home in Virginia, she worked at the poultry plant, Golden Pride (formerly P & L Poultry). She later moved to Washington, D.C., where she worked at Safeway for more than thirty-two years. Although Washington was then her home, her heart remained in Horntown. Her calls, sometimes more than six to ten times daily to her mom and sisters, were expected daily from each family member. Her son was her heart. Never a conversation was held without mentioning her son, Greg, as she called him. Gloria was truly a woman whose devotion to family came first. She loved gospel music and had records she kept from years ago.

Gloria was preceded in death by her parents, Raymond and Annie Townsend; and brothers, Raymond, Jr., Vernon, and Albert Townsend.

She leaves to cherish her memory, a son, Gregory (Valorie) of Upper Marlboro, MD; grandsons, Gregory, Jr. and Wynton; granddaughter, Maya; sisters, Carolyn Holden of Newcomb, MD, Barbara (Paul) Savage, her twin sister, of Washington, D.C., and Doris Cropper of Horntown, VA; a close and dear friend, Emma Price; and a host of nieces, nephews, other relatives, and friends.