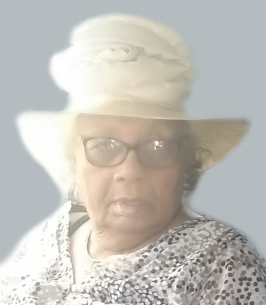 Julia Estella Bailey Brewington, the beloved daughter of the late William Henry Bailey “Biggie” and Elizabeth Laverne Nock, was born on September 13, 1934 in Craddockville, Virginia. She departed this life on February 4, 2022 at the Citadel at Nassawadox.

Julia was educated in the public schools of Accomack County. Upon her graduation, she left the Eastern Shore to live in New York. She spent the majority of her adulthood in New York until she decided to retire at home.

Julia was a member of Ebenezer Baptist Church in Wardtown, Virginia. She was a Deaconess and enjoyed worshipping and working in the kitchen. She was known for her fashionable dresses and fancy hats.

In her leisure, she loved to sew, bake, and teach her granddaughter how to make clothes and bake. She also enjoyed volunteering in the community. One of Julia’s favorite pastimes was watching her favorite western, Gunsmoke. Spending time with her children and grandchildren brought the greatest joy and they will truly miss her presence.