To share your memory on the wall of Norman Marshall, sign in using one of the following options:

Norman was educated in the Accomack County School System. Early in life, he worked at Perdue catching chickens. Later in life, he purchased a truck and began hauling for Perdue Farms.

Norman was one of the founders of Dea’s Chapel United Methodist Church in Horntown, Virginia, where he was a trustee.

On January 21, 1952 Norman joined Alice Townsend Marshall in holy matrimony. This union was blessed with Rena, a great niece whom they raised as a daughter. After her demise, he married Alice Hickman Marshall in 1967.

Norman enjoyed spending time at home relaxing in his recliner, while eating his favorite, Breyers ice cream. In his spare time he enjoyed fishing.

He is survived by: two sons, Norman Marshall, and Albert Johnson; niece who was raised as a daughter, Rena Encarnacion; step-daughter, Lillian M. Ames-Davis; grandchildren, Vanessa Johnson and Michael Johnson; seven great–grandchildren; one brother, Robert “Tony” Fletcher; and a host of relatives and friends.
Read Less

To send flowers to the family or plant a tree in memory of Norman Henry "Gabby" Marshall, please visit our Heartfelt Sympathies Store.

We encourage you to share your most beloved memories of Norman here, so that the family and other loved ones can always see it. You can upload cherished photographs, or share your favorite stories, and can even comment on those shared by others. 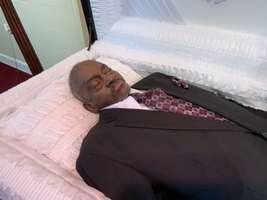 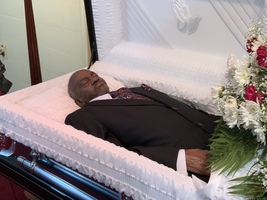 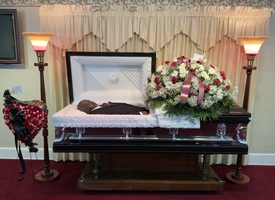