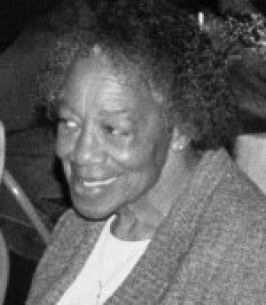 Rennie Baines Stevens, 90, of Painter, Virginia, passed away on July 5, 2022 at Shore Health and Rehab in Parksley, Virginia, surrounded by her children and youngest grandson. She was born September 11, 1931 in Jamesville, Viriginia to the late Rev. Morris H. and Georgia A. Baines.

Rennie accepted Christ at an early age and joined the St. Mary’s Baptist Church in Jamesville, Virginia. She later moved her membership to Ebenezer Baptist Church in Wardtown to be under the pastorship of her father, the late Rev. Morris H. Baines. In later years, she joined Shiloh Baptist Church to be with her husband, the late Lee W. Stevens. Rennie could be found in church on every Sunday and attended various church events and activities. She served in numerous roles at the church including pianist, usher, treasurer, and choir member. Rennie loved the Lord and her church family. She was on the battlefield with a mission just to see Him.

Rennie received her education in the Northampton County School system prior to desegregation of schools in Virginia and had to complete her studies while working on the farm. She worked at the Northampton-Accomack Memorial Hospital in the Housekeeping Division, Birdseye in Pocomoke, MD, and The Shirt Factory in Parksley, VA, before starting her family and becoming a stay at home mom. Once her children were in college, Rennie took on housekeeping duties to earn extra income and worked for families including the Charnocks, Lairds, Parks, Cubics, Floyds, and Vincents. She was also the pianist for several churches on the Shore.

Rennie had a kind, humble spirit, and was never too busy to help others. She was a great listener and would always have a smile and a kind word for those she encountered.

Rennie was preceded in death by her husband, Lee W. Stevens; a son, Lee W. Stevens, Jr.; two sisters, Martha E. Smith, and Ruth A. Waters, her twin; and numerous other family and friends.