To share your memory on the wall of Rosie Holloman, sign in using one of the following options:

Rosie was the third child born to the late Smallwood Kellam, Sr. and Maggie Mapp Kellam on January 25, 1931 in Nandua, Virginia. She was educated in the public schools of Accomack County and was a proud graduate of Mary N. Smith High School, class of 1950.

In 1944, she joined Shiloh Baptist Church, where she remained a faithful member until her health prevented her from attending. Rosie was a member of the choir, Missionary Society, and the Willing Workers, where she served as the committee president for many years. Her favorite gospel song was No Tears in Glory.

Rosie was married to the late Horace Elwood Holloman and their union was blessed with one son, Horace Elight Holloman. She also helped to raise her nephew, Clayton Kellam and her niece, Shimeka Duffy Robinson, from the age of two. Her family was her priority and she made sure she provided for them. Rosie held many occupations throughout her life to include: a cook, nurse’s aide, and a factory worker. She kept the faith until the end and will be missed by all who knew and loved her.

In addition to her parents and husband, Rosie was preceded in death by her son, sister, and six brothers.

To send flowers to the family or plant a tree in memory of Rosie Lee Holloman, please visit our Heartfelt Sympathies Store.

We encourage you to share your most beloved memories of Rosie here, so that the family and other loved ones can always see it. You can upload cherished photographs, or share your favorite stories, and can even comment on those shared by others.

Posted Nov 21, 2020 at 01:38pm
Ms. Rosie was a special lady. Kind and sweet! No wonder Horace loved her so. I pray they're rejoicing together in Heaven for now and forever. AMEN
Comment Share
Share via:
K

Posted Nov 21, 2020 at 06:58am
Thankful for the life of Rosielee and many memories shared with the family. Sorry I can't be with you today. Know that I am praying for you all as you lay your aunt and great aunt to rest. Blessed are those who mourn for they shall be comforted. Sending love to you all. Karen
Comment Share
Share via:

Posted Nov 19, 2020 at 01:30pm
My thoughts and prayers go out to Miss Rosie's family. I used to visit her house very often to pick up my late best friend Clayton. She was always very kind and greeted me with a smile. Rest in Peace

Posted Nov 18, 2020 at 06:02pm
Aunt Rosie Lee was the beloved wife of our Uncle Horace Holloman and mother of our cousin Horace Elite Holloman. We remember the many family visits and gatherings between the Holloman, Duncan and Ames family members throughout the years in Pungoteague, Boston, Keller, Melfa and Painter, Virginia. Aunt Rosie Lee was a quiet spirit who believed in God and attended church on a regular basis. Our heartfelt sympathy goes out to family members and friends who mourn her loss. May God Rest Her Soul. 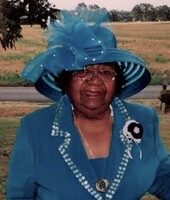 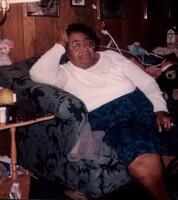