To share your memory on the wall of Spencer Savage, sign in using one of the following options:

His first job in Baltimore was at the Oriole Cafeteria. He then moved on to Donneybrook Pharmacy delivering prescriptions and then on to Marsden Chevrolet. Then came Bob Davidson Ford in 1964, where he worked as the New Car get ready Manager until his illness and subsequent death. The “Davidson” family … they loved Spencer and treated him royally.

Spencer was a complicated and passionate man. Passionate for the things and the people he loved.

Spencer was a lover of good music. Some of his favorites were The Platters, the Morgan State University Choir under the direction of the late Dr. Nathan Carter, Roy Hamilton, and Mahalia Jackson.

Most of all he loved his birthplace on the Eastern Shore of Virginia and the family home there, which his grandsons fondly called “the farm.” He loved being surrounded by family and friends, telling old stories over and over, eating good food, i.e., turnip greens, (seven tops), chicken and dumplings, and steaming good crabs. He was the crab afficionado. You could ask him anything about crabs and he would know the answer. These became known as crab lessons. His crabs, to use his words were so “sweet…”. They will be missed!

We loved him so!

To send flowers to the family or plant a tree in memory of Spencer Lee Savage, please visit our Heartfelt Sympathies Store.

We encourage you to share your most beloved memories of Spencer here, so that the family and other loved ones can always see it. You can upload cherished photographs, or share your favorite stories, and can even comment on those shared by others.

From, Kelly Mack sent flowers to the family of Spencer Lee Savage.
Show you care by sending flowers

From, Kelly Mack purchased flowers for the family of Spencer Savage. Send Flowers 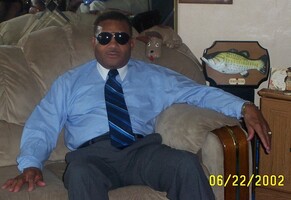 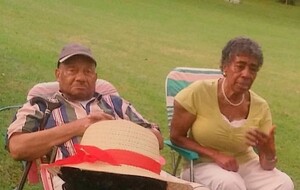 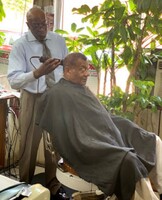