To share your memory on the wall of Tavon Watson, sign in using one of the following options:

Tavon received his education in Worcester County, Maryland and attended Pocomok... Read More
Tavon Lance “Black” Watson was born on May 9, 1982 to Tommy Watson, Sr. and the late Rowena Drummond. He entered the gates of Heaven on January 19, 2021.

Tavon had a heart of gold, if he could help you in any way he would no matter what the task. He enjoyed doing door-dash with Keshell. He loved to joke on everyone, especially his family and friends.

Tavon knew Jesus as his Lord and personal Savior. He enjoyed going to church in his youth. Often, he would talk about the times his grandmother, Frances, would take him to Sunday school and church.

Tavon was well-known and loved by all. Zhe’el, Solei, and Bre’ajah were his pride and joy, he had so much love for his daughters. He was a diehard fan of the Green Bay Packers and the Los Angeles Lakers. Tavon loved sweet rice and boy did he love some good ole chicken and dumplings. His favorite sayings were “Yay Yay,” and he would always say “What’s up ugly?” He will truly be missed by all of his family and friends.

In addition to his mother “Black” was preceded in death by his daughter, Solei Watson; grandmothers, Mary Frances Watson and Rowena Jones Cropper; and grandfather, Alexandria Brittingham.

To send flowers to the family or plant a tree in memory of Tavon Lance "Black" Watson, please visit our Heartfelt Sympathies Store.

We encourage you to share your most beloved memories of Tavon here, so that the family and other loved ones can always see it. You can upload cherished photographs, or share your favorite stories, and can even comment on those shared by others. 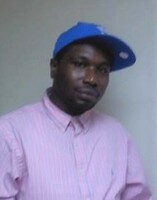 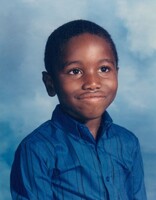 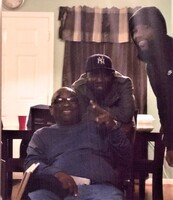