To share your memory on the wall of Terrez Walker, sign in using one of the following options:

Terrez was a gradu... Read More
Terrez Kenzelle Walker, son of Rebecca Roberts and Donnell Dickerson, was born on December 30, 1989 in Nassawadox, Virginia. He departed this life on November 23, 2020, at Walter Reed National Military Medical Center.

Terrez was a graduate of Arcadia High School’s class of 2008. After graduation, Terrez joined the United States Marine Corps and completed basic training in Paris Island. He was then transferred to Camp Lejeune, North Carolina for his first 4-year duty. In 2009-2010, he did a tour in Afghanistan. His second 4-year term was completed in Quantico, Virginia, followed by his third term at the Marine Corps recruiting station in Fredericksburg, Virginia. Staff Sergeant Walker became head of the recruiting station and ran the office from 2017-2018. He actively served his country until his diagnosis on May 29, 2019, where he then became part of the limited duty Wounded Warriors attachment in Bethesda, Maryland.

Terrez loved collecting football and baseball cards, playing video games online with his friends and riding his Harley Davidson. These are among the things he loved and had a passion for. He was also a die-hard fan of the Washington Redskins.

To send flowers to the family or plant a tree in memory of Terrez Kenzelle Walker, please visit our Heartfelt Sympathies Store.

We encourage you to share your most beloved memories of Terrez here, so that the family and other loved ones can always see it. You can upload cherished photographs, or share your favorite stories, and can even comment on those shared by others.

The Walker Family. Tamara Fitchett ,Prechelle Shan and Much Love!!! Nellie, Will, Chris, DarRon, Jacq and sent flowers to the family of Terrez Kenzelle Walker.
Show you care by sending flowers

Posted Jan 01, 2021 at 07:14pm
Terrez spent a lot of time with me in Afghanistan in 2010. He was always eager to go out and do whatever was needed. One particular time we were near Marjah and did a fly away mission on helicopters doing drug and vehicle interdiction. We made one of the largest raw heroin busts they had seen up to that point. He always had a smile on his face and was anxious to get onto the next mission. I sincerely am sorry for your loss. Terrez made a huge impact at 2d ANGLICO and his memory will never be forgotten.

Posted Dec 12, 2020 at 12:12am
My deepest condolences. I had the pleasure of working with Terrez for three years in the Marine Corps. A good man who cared deeply about his family and the Marines he served with. He will be missed but never forgotten. Your family is in my thoughts.
Comment Share
Share via:
SM

Posted Dec 10, 2020 at 04:20pm
Please accept my humblest condolences. Terrez was an important leader in our platoon while he was stationed in Quantico, VA. An articulate, intelligent, and dedicated Marine, he was consistently the "go-to" leader within the platoon who confidently volunteered for any task. He was very technically competent and served as an exceptional teacher to junior officers. He had strong desire for others to succeed and displayed genuine concern and love for everyone around him. Additionally, his mentorship to junior Marines in the platoon prepared them to independently operate radios in the field successfully. He made a measurable impact to our day to day mission, and on the lives of the Marines who had the privilege of serving with him. Semper Fidelis.
Comment Share
Share via:
TF

Posted Dec 05, 2020 at 10:30am
Terrez was an Amazing father, son and brother. He was a sweet and enduring little boy and grew up to be a phenomenal man. He earned his wings and is soaring with the angels. We will cherish his memories but we will see him again. Rest in Power, my sweet little cousin. Love Tamara
Comment Share
Share via:
TS

Posted Dec 05, 2020 at 09:16am
To Becky, Ty,Thomas and Nylissa. There are no words to offer for comfort. The comfort is knowing he is a peaceand no longer suffering. Love always 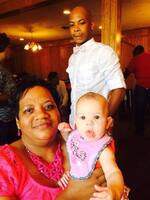 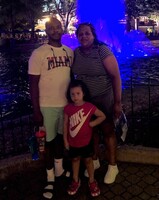