To share your memory on the wall of Thomas VanLandingham, sign in using one of the following options:

Print
I have fought a good fight, I have finished my course, I have kept the faith; henceforth there is laid up for me a crown of righteousness, which the Lord, the righteous judge, shall give me at that day.
II Timothy 4:7-8

A Time to... Read More
I have fought a good fight, I have finished my course, I have kept the faith; henceforth there is laid up for me a crown of righteousness, which the Lord, the righteous judge, shall give me at that day.
II Timothy 4:7-8

A Time to Be Born

Thomas John VanLandingham, son of the late Thomas John VanLandingham and Celestine Lyles VanLandingham, was born on July 2, 1965 in Philadelphia, Pennsylvania. The late James “Jimmy Mac” McCormick raised him as his own. He was a husband, father, grandfather, brother, friend, and servant leader within his community. On Wednesday, April, 14, 2021 God in His infinite wisdom and compassion, sent His angels to the bedside of Thomas and ushered him quietly and peacefully to eternal rest, with his loving wife by his side.

A Time to Grow


Thomas, affectionately known "Tom," received his formal education in the Philadelphia Public School system, graduating from University City High School in 1983. Upon graduation, he attended the University of Maryland Eastern Shore (UMES) in Princess Anne, Maryland, graduating with a Bachelor of Science degree in Business Administration in 1988. Upon graduation, Tom began his professional career at SHORE UP! Inc. in 1988. During his tenure at SHORE UP!, Tom held several positions. He served as Fiscal Assistant, Weatherization Assistant, and Head Start Site Coordinator, before ascending into the role of Director for the Office of Home Energy Programs, which provides financial support to eligible individuals and families, until the time of his death. In 2018, Tom was recognized as Employee of the Year for his hard work and dedication. With a passion to succeed, Tom was highly motivated, energetic, and poured his heart and soul in everything in which he believed. Whether it was his entrepreneurial endeavors, career, family, friends, and his beloved fraternity, his loyalty and dedication were undeniable.

Tom was kind, loving, intelligent, funny, and made friends very easily. In fact, he never met anyone he considered a stranger, sometimes at his own peril. He always thought those he befriended were worthy of love and friendship. His commitment to helping others went beyond the boundaries of his professional career. Active in the community, Tom coached for the Salvation Army Basketball League and received several awards from the Wicomico County Department of Recreation, Parks, and Tourism for his activities with the youth. In 2018, he was inducted into the 100 Men of Distinction, celebrating the work they had done for their community. Tom is mostly known for his community involvement with Kappa Alpha Psi Fraternity, Inc., where he was an active member.

Thomas "Funky Fresh" VanLandingham became a member of the Kappa Alpha Psi Fraternity, Inc., and was initiated into the Gamma XI Chapter on November 26, 1985, while attending the University of Maryland Eastern Shore. There, he served as Dean of Pledgees and Polemarch. After graduation, Tom became a very active member of Salisbury Alumni, Grand, and Providence Chapters of Kappa Alpha Psi Fraternity, Inc. Over the years, he held various offices in the Salisbury Alumni Chapter, including several terms as Polemarch. In 1990, Tom co-founded and organized the chapter's Kappa Guide Right Basketball League where his dedication and service continued for twenty-nine years.

Through his continuous service, the Kappa Guide Right Basketball League successfully impacted the youth of Salisbury and provided hundreds of area at risk youth with the opportunity to enhance their basketball skills and develop and achieve their educational goals. Many of the youth continued fulfilling the aspirations of basketball by competing on the high school, college, and professional levels. Tom also played a vital role in his daughter Casey's basketball successes. It is noteworthy that he was an integral part to the success of the major Kappa fundraiser, the Kappa Kruise, which provided scholarships to local youth.

His work didn't stop on the Eastern Shore of Maryland, but extended to the Provincial Level serving as Vendor Coordinator and Eastern Province Region 1 Alumni Board Member. Kappa Alpha Psi Fraternity, Inc. was cherished by Tom and he was affectionately known and sought after in friendship at the Province and National events.

Tom possessed a great deal of strength and courage as he fought the good fight and he has now finished his race, after enduring many health challenges. We did not know the level of pain he experienced and endured continuously on a daily basis. Tom's spirit never wavered and he maintained a radiant smile that won over many hearts. He was warm, compassionate, fun-loving, and always willing to go the extra mile for his family and friends, whom he loved dearly, to ensure their comfort and well-being. The recent births of his two grandchildren, Sebastian “Bash-Bash” and Mallory “MJ,” brightened his days. Tom's passing has left an unspeakable void in the hearts and minds of all those who spent time with him

A Time to Love


On Wednesday, April 14, 2021, Thomas heard the call and he was gently escorted to where healing waters flow. He was called into the newness of life with the grace that had sustained the old. His illness was washed away in soothing currents of love. Can't you see that smile on his face as he walks those streets paved with gold?
Read Less

To send flowers to the family or plant a tree in memory of Thomas John "Tom" VanLandingham, please visit our Heartfelt Sympathies Store.

We encourage you to share your most beloved memories of Thomas here, so that the family and other loved ones can always see it. You can upload cherished photographs, or share your favorite stories, and can even comment on those shared by others.

The Kappa Queens of Gamma Xi and Choptank Electric Cooperative Directors and Employ sent flowers to the family of Thomas John "Tom" VanLandingham.
Show you care by sending flowers

Posted Apr 25, 2021 at 01:46pm
Remembering Tom, and you, in our minds & hearts. We hope this lily brings you joy & comfort to replace the pain & loss during this difficult time.

Flowers were purchased for the family of Thomas VanLandingham. Send Flowers

The Kappa Queens of Gamma Xi

Posted Apr 25, 2021 at 01:14pm
Tom brought so many beautiful gifts to our lives. We will never forget him! Our hearts & prayers are with you during this very difficult time.

The Kappa Queens of Gamma Xi purchased the Truly Beloved Bouquet for the family of Thomas VanLandingham. Send Flowers

Posted Apr 23, 2021 at 11:42am
Dear members of the VanLandingham family,
I was extremely blessed to be a colleague of Tom's for the past 8 years.
I am very sorry for your loss. Tom made a huge positive impact on the community he served
and he will be sorely missed.
Sincerely,
Annemarie Heaney Chouinard
Comment Share
Share via:
CE

Posted Apr 23, 2021 at 10:56am
On behalf of the Directors and Employees of Choptank Electric Cooperative, we send our condolences. We are very sorry for your loss.

Posted Apr 21, 2021 at 11:49am
Tom was a person that we all loved and care as our Director of Energy. He will truly be missed. The kindness that he showed his employees will never be forgotten. He was a person of standards, always smiling, and his office door was always open for his employees if they had a problem. Family look to the hills from whence cometh your and remember Tom for the good times you all shared. My deepest sympathy prayers. and condolences
Shirley Sanders
Comment Share
Share via: 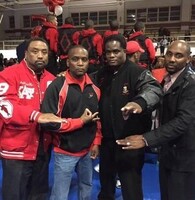 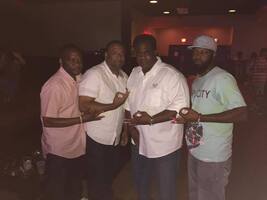 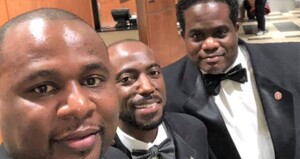