To share your memory on the wall of Tonia Davis, sign in using one of the following options:

Print
Tonia Renita Davis, the fourth daughter of Helen and the late Warner Lee Edwards, was born on November 22, 1966 in Parksley, Virginia. She gained her wings on November 26, 2020 at Franklin Square Medical Center in Baltimore, Maryland.

... Read More
Tonia Renita Davis, the fourth daughter of Helen and the late Warner Lee Edwards, was born on November 22, 1966 in Parksley, Virginia. She gained her wings on November 26, 2020 at Franklin Square Medical Center in Baltimore, Maryland.

Tonia was educated in the Accomack County Public School system and was a 1985 graduate of Arcadia High School. She was employed by Allrisks Insurance Company until her passing.

Tonia accepted Christ at an early age and was a member Adams United Methodist Church. She later joined Greater New Psalmist Church under the leadership of Bishop Brehon Hall.

Tonia married the love of her life, her high school sweetheart, Andre Derryck Davis on October 17, 1992, a courtship that lasted for over 38 years. To their union two sons were born, Derryck and Daryn. Tonia loved her family and was willing to help them in any way she could. She had an infectious smile, uplifting spirit and made a positive impact on everyone around her. She had a special bond with her childhood friends, Conekia, Shenay, Camesha, Felicia, Gwendolyn, Aretha, and Tia, “The Great Eight.” This bond was 40 plus years of friendship and sisterhood. Tonia loved life. If not enjoying the company of family and friends, she could be found engaging in her favorite pastime, shopping.

Tonia was an advocate for the Janet Hall Foundation, an organization that provides support for those affected by breast cancer. She gave her last lecture on October of this year. She was an inspiration and mentor to many.

To send flowers to the family or plant a tree in memory of Tonia Renita Davis (Edwards), please visit our Heartfelt Sympathies Store.

We encourage you to share your most beloved memories of Tonia here, so that the family and other loved ones can always see it. You can upload cherished photographs, or share your favorite stories, and can even comment on those shared by others.

Tabitha, Ron Manthey, and other have sent flowers to the family of Tonia Renita Davis (Edwards).
Show you care by sending flowers

Posted Dec 15, 2020 at 09:22pm
I’m so sorry to hear of your passing. All I can remember is how much fun we use to have on that football field with our boys. I just wished you a happy birthday..... You were such a wonderful person and a even greater friend. I going to miss you Tonia. God bless your family.
Comment Share
Share via:
MM

Posted Dec 04, 2020 at 03:22pm
My Deepest Condolences to the Entire Family. May you be at Peace that Tonia is no longer in Pain and that she is with Our God Almighty. Poochie was a lovable person and to know her you had to Love Her because of the Genuine Smile and Greet as she would Embrace You. Continue to know God doesn't put any burden upon you that you can bear. Sorrowfully, Melisa "BabyGirl" White-Marshall.
Comment Share
Share via:
AM

Posted Dec 03, 2020 at 11:20pm
To the family : 2Timothy 4:7 I have fought a good fight. I have finished my course.
We are saddened to hear of the loss of Tonia, please let us know how we may help you heal. I hope this card finds you surrounded by strength and compassion. Please accept our warmest condolences, we are deeply sorry for you loss. Our hearts are saddened to learn of your loss. Please know we are with you. Adams UMC Family. Rev. Gregory Duncan, Pastor
Comment Share
Share via:
LN

Posted Dec 03, 2020 at 01:49pm
I have seen so many pictures of Tonia lately and all of them show the love that she had for life. She was an amazing woman, she will greatly be missed. Our condolences to the family during this difficult time.
Comment Share
Share via:
T 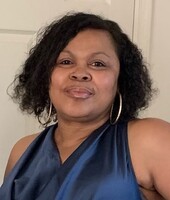 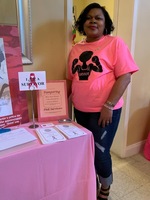