To share your memory on the wall of Jesse Horsey, sign in using one of the following options:

Print
Jesse Leon Horsey, Sr., born in Westover, Maryland on October 10, 1937 to the late Leon and Emma Cannon Horsey, transitioned to be with the Lord on Saturday, February 20, 2021 at his home in Pocomoke City, Maryland.

Graduating from Some... Read More
Jesse Leon Horsey, Sr., born in Westover, Maryland on October 10, 1937 to the late Leon and Emma Cannon Horsey, transitioned to be with the Lord on Saturday, February 20, 2021 at his home in Pocomoke City, Maryland.

Graduating from Somerset High School in June of 1955, Jesse moved to Wilmington, Delaware and worked in construction until October 1956. He then enlisted in the United States Army and served in Germany for three years, where he was honorably discharged in November 1959.

Jesse returned to his hometown and worked several jobs until finding his niche in 1965, where he acquired a first-class mechanic’s position with Schmidt’s Baking Company, retiring in January of 2000. Realizing he still had much more to offer, he secured a position as a bus driver with Shore Transit in 2001. In 2005, he drove for Shore Transit’s One Stop Job Market, where he often said he became computer literate, “enough to get me in trouble.” He retired from this position in 2010.

On September 21, 1996, Jesse was united in holy matrimony to Cleo Savannah Waters, whom he called “the love of my life.” Together they built a home that was filled with love, happiness, respect, and a whole lot of laughter.
Jesse was a member of the VFW Post 9505, the American Legion Post 0132, and a past member of the Eastgate Lodge 65. His hobbies included tinkering on vehicles, fishing, boating, and gardening. He was a humble man of great faith, quiet strength, patience, kindness, and always had a word of encouragement to offer, his favorite was” keep your chin in the wind.”

In addition to his parents, he was preceded in death by siblings, Henry, George, David, Andrew, and Emma Lee Collins; his son, Jesse, Jr.; and stepson, Vernon Hayman.

Jesse will be greatly missed. He leaves to cherish warm and precious memories, his beloved wife, Cleo aka “Hey Honey”; children, Anita (Kevin) Wallace, Cherie Waters, Leona Cropper, Welton Waters, and Pete Lankford; eleven grandchildren, including Jordan Waters , who was especially dear to his heart and whom he helped raise; several great-grandchildren; one sister, Edna Borden of NC; a dear friend and co-worker, Henry Brittingham; devoted companion and sidekick, Max the Chihuahua; and a host of nieces, nephews, other relatives, and friends.
Read Less

To send flowers to the family or plant a tree in memory of Jesse Leon Horsey Sr., please visit our Heartfelt Sympathies Store.

We encourage you to share your most beloved memories of Jesse here, so that the family and other loved ones can always see it. You can upload cherished photographs, or share your favorite stories, and can even comment on those shared by others.

The Reed Family, From: The Ward Family, and other have sent flowers to the family of Jesse Leon Horsey Sr.
Show you care by sending flowers

Posted Feb 27, 2021 at 04:43pm
I first learned of Mr. Horsey through a work associate and good friend, his wife Mrs. Cleo Horsey. During our acquaintances over the years, I soon realized what a great person Mr. Horsey would be and what a great husband to be for Mrs. Cleo. I am so happy they were able to spend the time they had together. Now, memories will be with them forever.
So sorry Cleo for your presious lost.
Your friend, Gene.

The Reed Family purchased flowers for the family of Jesse Horsey. Send Flowers

From: The Ward Family

From: The Ward Family purchased flowers for the family of Jesse Horsey. Send Flowers

Posted Feb 25, 2021 at 12:59pm
Lloyd Ward
Sending my deepest sympathy during this difficult period. Cherish the many precious memories.
Blessings and Prayers to the family.
Comment Share
Share via:
YF

Posted Feb 25, 2021 at 12:26pm
Please accept our most heartfelt sympathies for your loss... Our thoughts are with you and your family during this difficult time.

Your Work Family purchased flowers and planted a memorial tree for the family of Jesse Horsey. Send Flowers 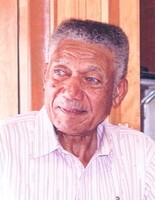 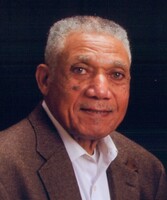