To share your memory on the wall of Sharon Bailey, sign in using one of the following options:

Sharon graduated from Central High School in 1978. She was employed at Perdue Farms in Accomac, Virginia. Sharon later became a USDA Inspector for thirty-five years. During this time, Sharon also served as a local delegate for The American Federation of Government Employees (AFGE) Local 2422. Every two years, Sharon was unanimously nominated and elected by acclamation. She served faithfully, professionally, and was well-respected, as she assisted the president in representing the Salisbury and Hurlock Circuits.

At an early age, Sharon accepted Christ and joined Ebenezer Baptist Church in Wardtown, Virginia. She served by singing in the choir and with her father’s gospel group.

Sharon enjoyed fishing, softball, pool, and ping-pong. She was well-known from childhood up to the time of her illness for making everyone laugh. She was also known for being in love with her niece’s, Lokesha Boggs, macaroni and cheese.

In addition to her parents, Sharon was preceded in death by three brothers, Kenneth, Alvin, and Jacob Collins.

To send flowers to the family or plant a tree in memory of Sharon Denise Bailey (Collins), please visit our Heartfelt Sympathies Store.

We encourage you to share your most beloved memories of Sharon here, so that the family and other loved ones can always see it. You can upload cherished photographs, or share your favorite stories, and can even comment on those shared by others.

Posted Apr 26, 2021 at 10:50am
My heart is heavy. I am at a loss for words. To the family, I am sorry. I wish you strength and encouragement as you carry Sharon’s memories in your heart. She was the light of any gathering and made people laugh. She had a sharp wit about her and was always willing to help when and where she could. Sharon loved her family and loved life.
Her commitment to USDA was evident.
Dr. Palmer
Comment Share
Share via:
HS

Flowers were purchased and a memorial tree planted for the family of Sharon Bailey. Send Flowers

Posted Apr 22, 2021 at 04:14pm
Our prayers goes out the family of Sharon. Sharon was a true friend and member of one of the greatest classes of Central High School. The Class of 1978.
Comment Share
Share via:
SB

Flowers were purchased for the family of Sharon Bailey. Send Flowers 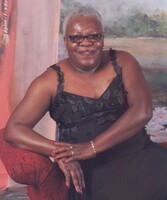 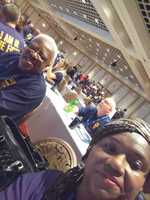 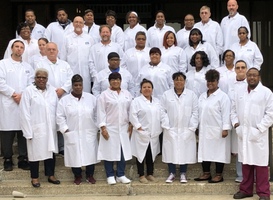