To share your memory on the wall of Trevor Brown, sign in using one of the following options:

Print
Trevor Lamont Brown was born on August 23, 1974 to Carolyn Brown and the late Charlie Johnson in Nassawadox, Virginia. He departed this life on June 2, 2021 at Riverside Shore Memorial Hospital in Onancock, Virginia.

Trevor, affectionat... Read More
Trevor Lamont Brown was born on August 23, 1974 to Carolyn Brown and the late Charlie Johnson in Nassawadox, Virginia. He departed this life on June 2, 2021 at Riverside Shore Memorial Hospital in Onancock, Virginia.

Trevor, affectionately known as “Big Trev” to family and friends, was educated in the public schools of Accomack County. After high school, Trevor obtained an Automotive Service Technology certificate from the Eastern Shore Community College in Melfa, Virginia. This led him to work several positions as a mechanic. His last position was a Fleet Maintenance Mechanic with Lankford Sysco until his health began to fail.

Trevor was an avid Green Bay Packers fan and proudly displayed his team wherever he went. The Facebook battles amongst his fellow Cowboy friends were very entertaining during football season. Trevor also had a love for racing. He proudly proclaimed the annual August “Super Chevy” event at the Delmar Raceway as his birthday party and everyone was invited to come celebrate with him. If there was a race, you can best believe “Big Trev” was there.

Trevor was a family-oriented man who enjoyed all gatherings with his family and friends. His greatest loves were his three daughters. He loved them all, but he shared a bond like no other with his “babygirl” Tanaiah. She was truly a daddy’s girl!

In addition to his father, Trevor was preceded in death by a brother, Tremaine Giddens, Sr.; aunts Dianne Brown Dickerson and Jeanette Sample who helped raise him; and mother-in-law, Jacqueline Bailey.

Trevor’s gentle spirit and caring personality will be missed by all who had the pleasure of knowing and loving him. Those left to cherish precious memories are his mother, Carolyn Brown of Parksley, VA; daughters, Na’Dijah Brown of Bloxom, VA, Tamiya Brown, and Tanaiah Brown, both of Parksley, VA; grandson, Tahj Ramsey; brothers, Terry Robinson, Nikko Brown, and Quinton Johnson; sisters, Nikola Custis and Ashley Johnson; former spouse, Lakeisa Bailey-Brown; best friends, Darrell Hinmon and Terrance Bibbins; along with a host of uncles, aunts, nieces, nephews, cousins, other relatives, and special friends.
Read Less

To send flowers to the family or plant a tree in memory of Trevor Lamont "Big Trev" Brown, please visit our Heartfelt Sympathies Store.

We encourage you to share your most beloved memories of Trevor here, so that the family and other loved ones can always see it. You can upload cherished photographs, or share your favorite stories, and can even comment on those shared by others. 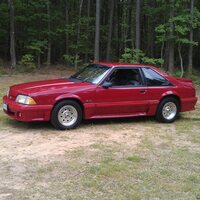 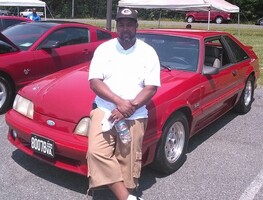 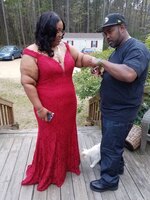